When people discuss regions in the United States, the debate usually boils down to East Coast vs. West Coast. However, this is disingenuous as other regions such as the Midwest have great features and plenty to offer residents. In fact, many people prefer living in the Midwest rather than on one of the coasts, despite the common misconception that the region is filled with just fly-over states.

So if you just bought one of the Cincinnati houses for sale, what should you expect in your new region? Here’s everything you should know about moving to the Midwest

When it comes to local foods, the Midwest has a variety of unique and delicious dishes. You’ve probably heard of Chicago-style pizza, a unique deep-dish pizza that is as filling as it is delicious. Wisconsin residents will tell you that cheese curds should be a staple part of your diet, while Chicagoans will rave about beer brats and Polish sausages

Although these foods may not be considered elegant, fancy, or exotic, they certainly are delicious and iconic. When it comes to comfort food, the Midwest is only matched by the South.

The geography of the Midwest is very unique, allowing people with different preferences to find areas that they like. Many of America’s Great Lakes are located in the Midwest, meaning that lake activities are very common among Midwesterners. When it comes to land, much of the Midwest is relatively flat, is made up of plains and prairies.

That being said, there still are plenty of hills and mountains for thrillseekers to conquer. The geography of the Midwest is unique and beautiful, being one of the many reasons why residents love living in the region.

Although they often get a bad reputation, the cities in the Midwest aren’t as bad as people make them out to be. Sure Chicago, Detroit, Milwaukee, and Cleveland aren’t as glamorous as something like Los Angeles or New York City, but they still have plenty to offer residents. Most of what you can find in cities on the coast can be found in Midwestern cities.

Additionally, the cost of living is much lower in the Midwest, meaning you can live in these cities without dedicating a large portion of your income to living expenses. Living in these Midwestern cities can give you much more financial freedom, allowing you to actually get out and enjoy the city life more.  You can save even further if you share housing, for example if you find a roommate in Chicago it will make it so much more affordable.

When it comes to climate, the Midwest has a relatively similar weather pattern as the East Coast. The Midwest experiences all four seasons, with summers being hot and humid and winters being cold and snowy. For many people, being able to experience all four seasons is a major plus. Each season brings about a slew of new seasonal activities, helping to keep things fresh.

Additionally, people enjoy celebrating holidays like Halloween on a nice crisp fall day, or Christmas on a snowy winter day. On the other hand, some people may like warm weather all year round and would be better suited for living in the South or on the West Coast. However, if you’re an East Coaster that loves all four seasons, then you’ll love the Midwestern climate when you get here. 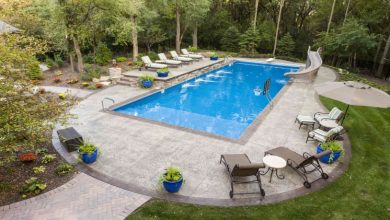 The Value Of Building a Swimming Pool 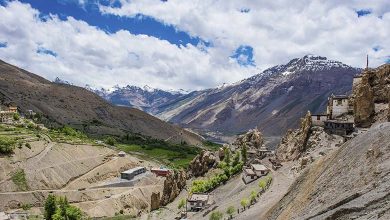 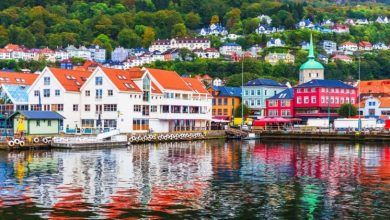 5 Best Places to Move in Europe