This decade’s daily routines would be impossible to imagine without our smartphones. There are a variety of factors to consider in 2022 when choosing the best Smartphones in India, from their relevance as a status symbol to their use as a source of money. In India, there are numerous best-selling smartphones in a variety of price ranges.

So here in this article, we have selected some of these best-selling mobile phone brands in India that you may get right away if you want to buy mobile phones online/ offline. Let’s take a look.

The battery life of the Apple iPhone 14 Pro is fantastic, and on the larger model, the Dynamic Island cutout occupies less screen real estate. The aforementioned Dynamic Island is a new user interface that Apple created that provides the impression that the cutout can change size and shape depending on what you’re doing with the phone. Apple enhanced the camera performance this year as well, equipping the iPhone 14 Pro and Pro Max with a new 48MP camera that takes 12MP photographs that have been pixel-binned. The iPhone 14 Pro and Pro Max won’t need to use night mode as frequently because the image sensor for the primary and ultra-wide camera has grown in size.

Although the changes made by the Galaxy Z Fold 4 this year are primarily incremental, they add up to more than the sum of their parts and further polish an already highly developed foldable. Samsung has improved the software to make it a little simpler for the Fold 4 to enter multitasking mode. In some cases, you can now enter the split-screen mode with just one tap as opposed to the previous need of three taps. Due to the bigger screen, the Fold 4 offers improved multitasking compared to earlier Fold models.

Finding the best mobile phone under 30000 is challenging, but the OnePlus Nord N20 is one of India’s top-selling smartphones. Even though the 6.4-inch screen only operates at 60Hz, it is an OLED panel, so the colors are bright and vibrant. In addition to extending the 4,500 mAh battery’s ability to survive all day, the 60Hz panel also comes with a 33W rapid charging brick. Additionally, there is a headphone jack and 5G capability.

The Realme GT 2 Pro is the most powerful model in the 2022-announced “Realme GT 2” series. Its 6.7-inch QHD+ OLED panel features a 120Hz refresh rate (adaptive). With 12 GB of RAM, 512 GB of storage, and a superior Qualcomm Snapdragon 8 Gen1 processor, the Realme GT 2 Pro is definitely one of the best smartphones in the world. A block of three picture sensors with a 50-megapixel wide-angle, a 50-megapixel ultra wide-angle with an angle of up to 150°, and a 3-megapixel macro lens is located on the device’s back. Additionally, the 5000 mAh battery supports quick charging (65 W). Realme Mobile can even be purchased online.

In the ultra-premium smartphone industry, Oppo has established a position for itself between Samsung and Apple. The Oppo Find X5 Pro puts the company in the running to be named the best phone in the world in 2022.

The Oppo Find X5 Pro is the most expensive model in the “Oppo Find X5” series. It is an ultra-premium smartphone with a 6.7-inch WQHD+ AMOLED LTPS display that updates at 120 Hz.

The company’s flagship and one of the finest smartphone brands in India are the Xiaomi 12 Pro, a more potent version of the “Xiaomi 12” series introduced in 2021. The Qualcomm Snapdragon 8 Gen1 SoC powers the 6.73-inch AMOLED display of the Xiaomi 12 Pro and refreshes it at a rate of 120 Hz.  Additionally, it has 256 GB of storage space and up to 12 GB of RAM. The phone’s camera can take pictures with three different focal lengths because of its triangle-shaped arrangement of three 50-megapixel sensors.

From the brand new custom-built 50MP GNV sensor with a huge image sensor and a quick aperture to the pixel-dense 48MP ultra-wide camera, a telephoto lens mounted on top of a small gimbal, and a Periscope zoom lens with 5x lossless zoom. Even in situations when an iPhone or Galaxy may overexpose a shot taken in intense illumination, the Vivo X80 Pro achieves the ideal exposure.

If you want a compact Android phone, the Asus Zenfone 9 is the obvious choice. It is a small yet mighty phone. The Zenfone 9 is a very simple phone to operate and handle with one hand. It has a 5.9-inch OLED screen, measures 146.5 x 68.1 x 9.1 mm, weighs barely 165g, and has these other dimensions. Because it’s packed with shortcut gestures in the form of taps, swipes, or interacting with that touch-sensitive side panel, Asus’s software is simple to use for beginners but also incredibly rewarding for expert users.

Although the Pixel 6 Pro is a superior phone, the majority of people would choose the Pixel 6. With the exception of the Pro’s faster refresh rate and zoom lens, both phones practically have the same hardware. When compared to the Pixel 5, the Pixel 6 advances significantly, particularly in the SoC category. The performance of the Pixel 5 was not its strongest point, making it more of a mid-range phone.

Games may be played on the ROG Phone 6 at 60 frames per second with little lag. Every benchmark also tops the charts. A 50MP IMX766 primary sensor, a 13MP ultrawide (f/2.4) and 2MP macro configuration, and a 12MP selfie camera make up the main camera system. This phone takes clear, punchy, and generally acceptable photos, but the video recording isn’t the best due to poor stabilization and dealing with abrupt changes in illumination.

Even if the majority of the best smartphones in the world cost more than average, they are still affordable when compared to the priciest cellphones now on the market. There are many excellent phones available right now, and we hope this guide was helpful. 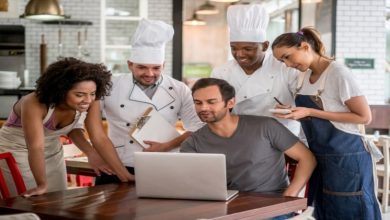 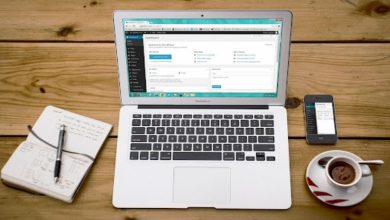 5 Easy Ways to Speed Up Your WordPress Site

Is buying your own modem to save money worth it? 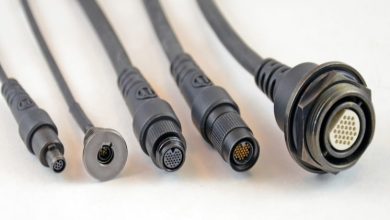